Where is this Painting?

After discovering the Spence information I began searching for any other info about Carrier Dove. I began to find lots of facts about her but no pictures.  I went to Hodgeson Hall (Georgia Historical Society) and located the newspaper articles about her being ashore on Stone Horse Shoals but saw no paintings or photographs.  Octavious Howe mentions her several times in his books along with other maritime historians and his books on clipper ships are full of paintings but none of our Carrier Dove.

Some of the best and most beautiful paintings were done by a famous maritime artist known as Samual Walters.   They have sold for up to half a million dollars.

Finally after hours of searching I found this link:

Some Info about Samual Walters
Return to Home Page

A 19th century photograph of an unknown clipper ship.  Imagine the breath taking beauty of seeing a ship like the Carrier Dove sailing towards Tybee Island. 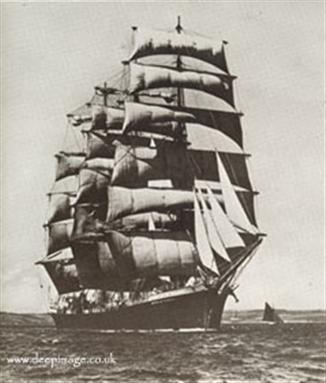 As you can see there is no graphic of it.  So thus began my search for the portrait.

I called Christies in New York but the young lady on the phone politely informed me they did not give out information about their customers.

As soon as I was able to I made a visit to the Savannah Ships of the Sea Museum and hurried through the doors with great anticipation only to find they had no information about the painting or the Carrier Dove.

I tried reaching out to other authorities on clipper ships with no luck.