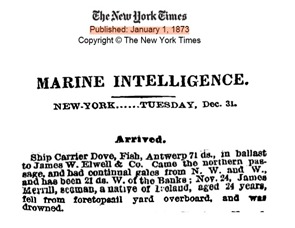 Transport of the New Australians
The Not So Good Events

These buttons will take you to the most significant events in the Carrier Doves life.  Groundings have been left out for the time being.

From the New York Herald,  In Liverpool, Tuesday January 4, 1876
The Carrier Dove, from Philadelphia, in docking, struck the north end of the landing stage; Damage slight."

Above was probably the last time she docked.

Events of the Carrier Dove through the years she sailed the high seas:

From the New York Times:

~~MARINE INTELLIGENCE. Published: January 4, 1860 NEW-YORK....TUESDAY, Jan. 3. The clipper-ship Carrier Dove was, this morning taken on the large sectional dock for repairs. She will be stripped, recaulked and newly coppered.

~~January 24, 1860 ~~CITY INTELLIGENCE.;  SHIPPING TRADE TO CALIFORNIA--There are at present only three ships on the berth in this port for San Francisco, which is the smallest number that has been advertised for the Golden State during the last ten years. This falling off in the demand for ships is due in partto the increase of facilities for the transportation of the valuable and lighter descriptions of freight by the way of Panama, but mainly to the overstocked condition of the California market, in all descriptions of Eastern manufactures. A large portion of mere randon shipments to California, heretofore made with the hope of "hitting a good market," is given up, and the present business is of a legitimate kind, intended to supply accruing wants among the established mercantile houses. The clipper-ship Carrier Dove, of W.T. COLEMAN & Co.'s line, has been receiving cargo for about one week, and is already about two-thirds full. She is a Boston-built ship*, of good reputation, and has made several rapid and successful passages to and from the Pacific. Capt. MONTELL has been in command for nearly three years. She is to sail about the 28th inst. The Mary L. Sutton, of SUTTON & Co.'s dispatch line, is also on the berth, advertised

* Though I am certain this is "our"  Carrier Dove this 19th century reporter is referring to, she was actually built in Baltimore.  to sail about the same time. The only other ship is the Polynesian, advertised by R.M. COOLEY, to sail to-day. 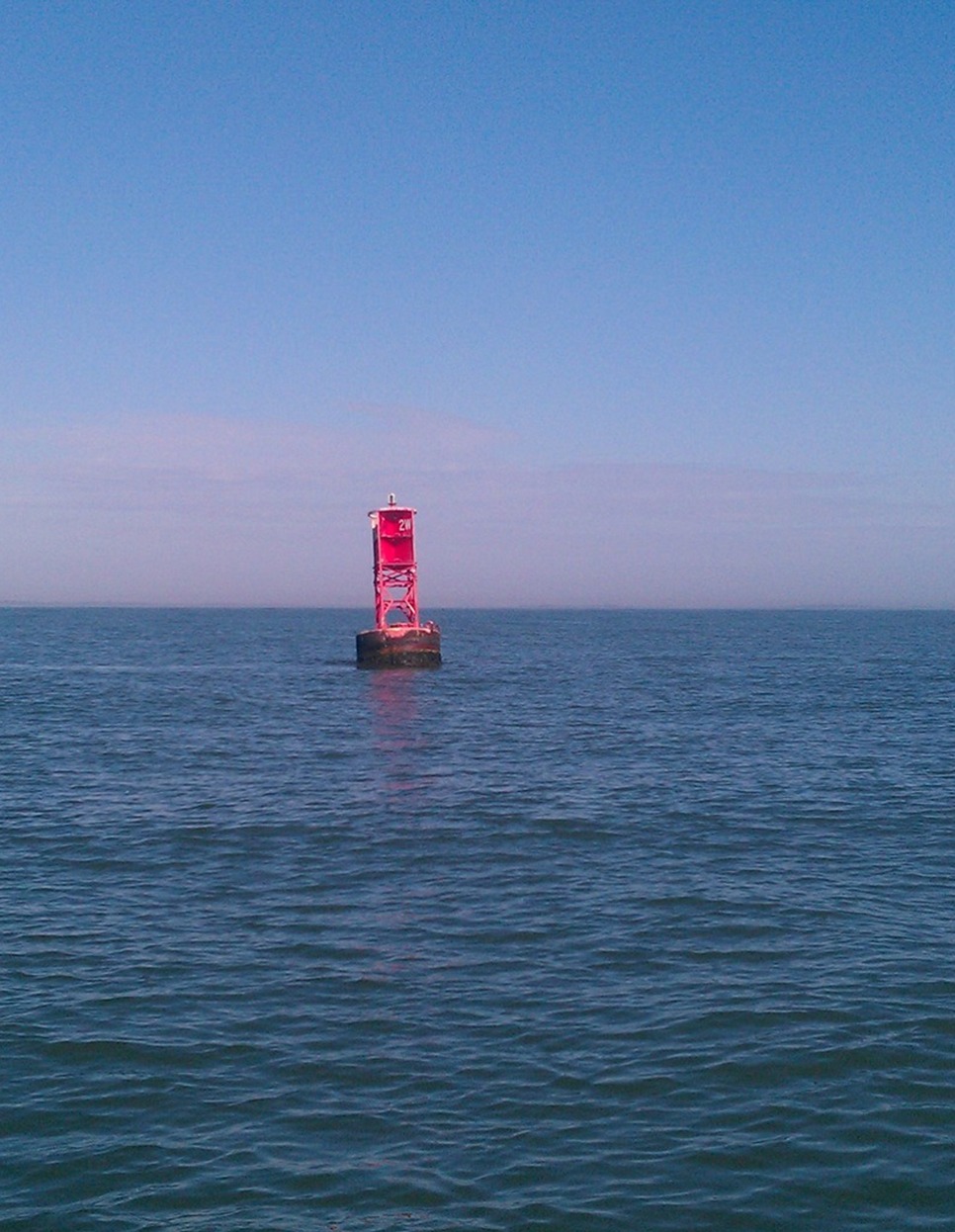