So again we have another reporter from the Sun that seemed to show a slight bit of disdain for the Carrier Dove?

Was it possible that it was the same reporter that had written the piece about Carrier Dove's racy figurehead in which he had said that one could "hardly call that woman a dove."   The idea that she was "scarcely recognized as a clipper"  was a strange dig.  It wouldn't seem likely that anyone would have been such a purist about the amount of dead rise in a hull that would warrant a comment like that unless there was a bone to pick, no matter how small.  There happened to be no real definition of a "Clipper" other than a ship that was very fast.   Of course the designation medium meant that Carrier Dove had a much larger cargo capacity than the "extreme" clippers of her size but was able to best them in passage times on several occasions.

At any rate we now have a bonanza of contractor information about her builders;  rope makers, painters, block makers, sailmakers, joiners and riggers!

I have a cousin who happens to be a writer for a very big and important newspaper in Washington DC.   I have been pestering him about the Carrier Dove for several years now and one day, to my surprise, he texted me with news that he had discovered something while at the Maryland Historical Society in Baltimore that might be of interest. 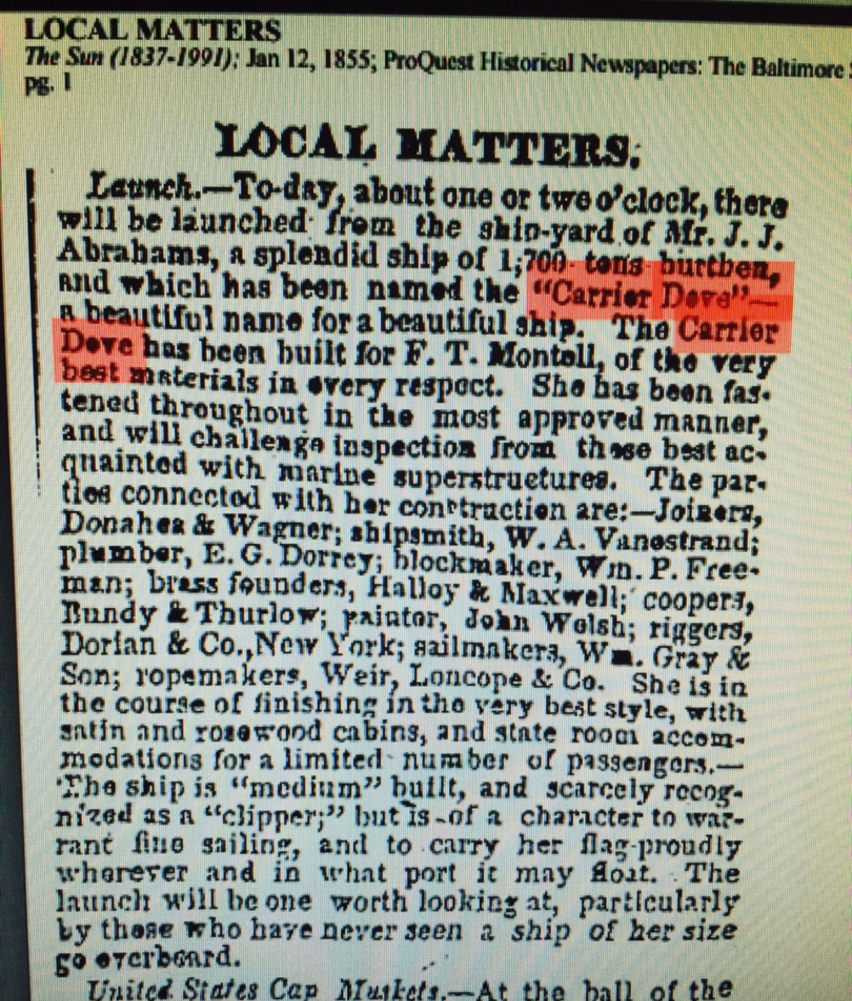